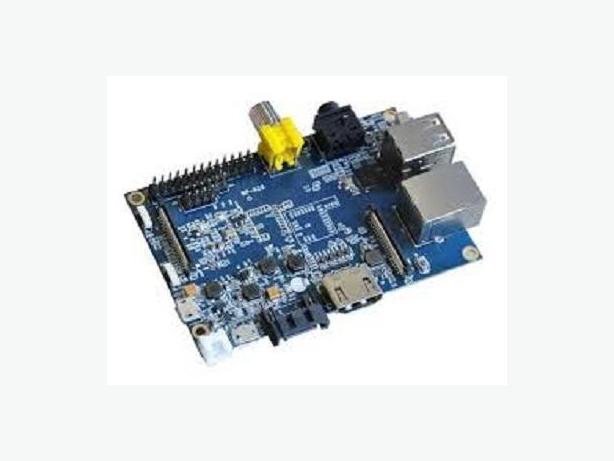 Banana Pi is next design SBC(single board computer) device which has much powerful CPU, RAM, Gigabit Ethernet, SATA,

It can run Android, Ubuntu and Debian. Raspbian can be run, though the CPU complies with the requirements of the Debian armhf port.[1] It uses the Allwinner A20 SoC and as such is mostly covered by the linux-sunxi port.