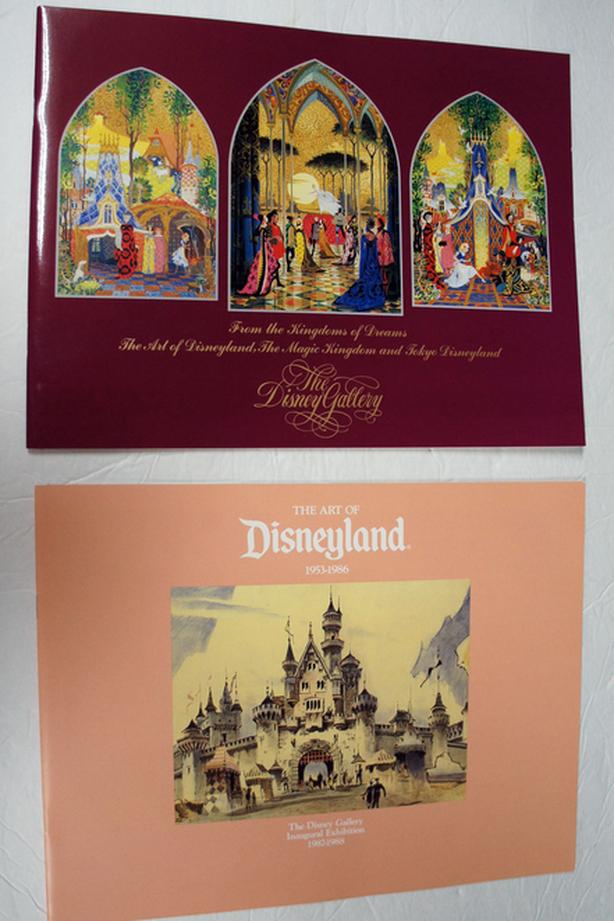 1. The Art of Disneyland 1953-1986: The Disney Gallery Inaugural Exhibition 1987-1988 Paperback Before there was Disneyland, there were the Walt Disney Imagineers, who with Walt's guidance and inspiration, created a whole new concept: the theme park. This creation started with conceptual artwork, which was celebrated in The Disney Gallery, the apartment on top of the Pirates of the Caribbean attraction that was originally designed for use by Walt Disney and his family, and to entertain important guests. With Walt's passing, the apartment was leased to various companies, then remained empty for several years, until the idea of a Gallery was born, where the Park's visitors could view and understand the process of turning ideas into reality.

The inaugural exhibition made its debut on July 11, 1987, entitled "The Art of Disneyland" and displayed conceptual drawings, maquettes, and three-dimensional models, all used to help create the Park. Some of the works on display were shown in a full colour brochure entitled "The Art of Disneyland 1953 -1986", along with a brief biography of the artist who created the work, and soon after many of the paintings and posters on display were reproduced and made available for purchase. These works were available in "The Disney Gallery Collection" brochure and could be taken home in the elegant gift bag bearing Herb Ryman's conceptual drawing of Sleeping Beauty's Castle.