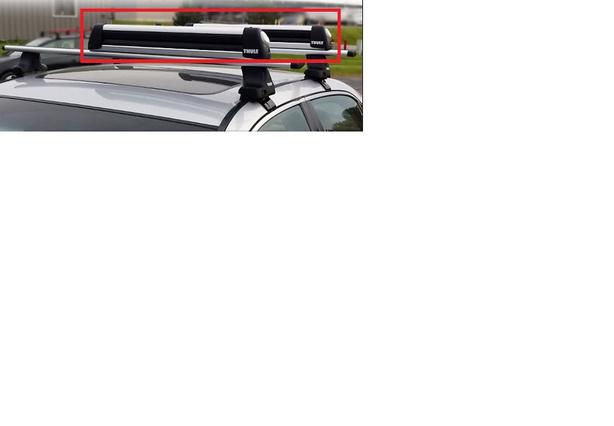 I'm selling a new, unopened Subaru (made by Thule) carrier for skiis and snowboards. It carries up to 4 pairs of skiies and or up to 2 snowboards. They lock.

They are specially designed for a low profile flush mount via a T-Track as shown in the stock ad pictures. They fit Subaru OEM aeroblades - made by Thule - and other Thule crossbar such as aeroblades, aerobars, wingbars. T-Tracks are the hidden track under the rubber top strip in some cross bars.

Reply with a fair price offer