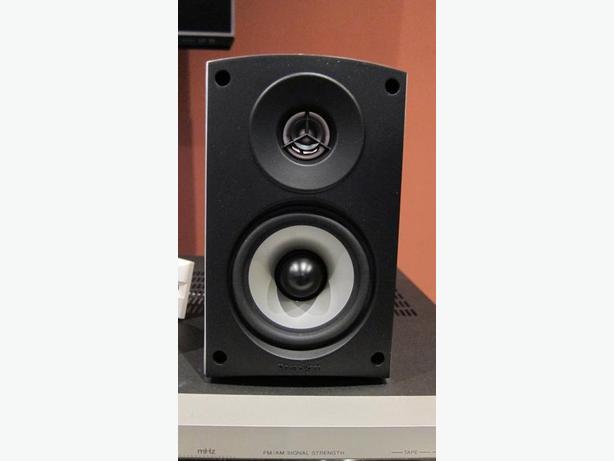 The Cinema 70 speakers take Paradigm in a new direction. They are a micro-sized, "lifestyle" design that features very small, two-way satellites and a slightly larger Cinema CC center-channel speaker. I was provided with two pairs of Cinema 70s to use as mains and surrounds and a Cinema CC. Paradigm also sent along one of their smallest subwoofers, the PDR-8. This combination makes up what Paradigm refers to as the Cinema 70 home-theater speaker system. The cost of the entire system, including the subwoofer, is $716.

The Cinema 70s and Cinema CC are straightforward, two-way acoustic-suspension designs. They consist of an injection-molded plastic enclosure with a polymer-dome tweeter coupled with either one (Cinema 70) or two (Cinema CC) polypropylene-cone bass/midrange drivers. Speaker connections are five-way binding posts of adequate quality and there are removable fabric-covered plastic grilles. The Cinema CC is similar to the Cinema 70 except that it has two bass/midrange drivers flanking the tweeter, is slightly larger, and is arrayed horizontally (like most center-channel speakers). The PDR-8 is one of Paradigm's smallest and least expensive subwoofers and is, therefore, logically paired with this system. It has a reported in-room response down to 29Hz, which is quite deep by most standards.