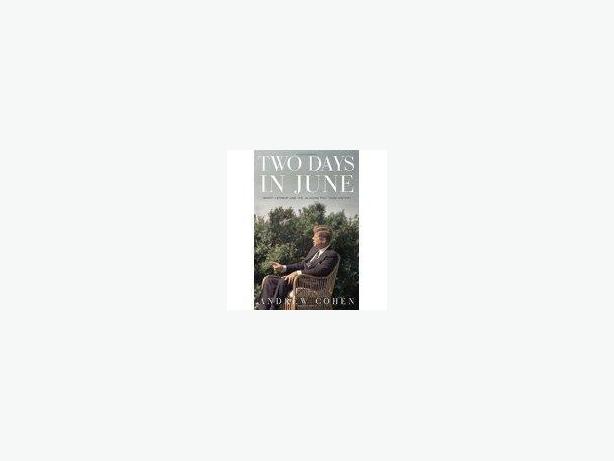 On two consecutive days in June 1963, in two lyrical speeches, John F. Kennedy pivots dramatically and boldly on the two greatest issues of his time: nuclear arms and civil rights.

Based on new material -- hours of recently uncovered documentary film shot in the White House and the Justice Department, fresh interviews, and a rediscovered draft speech -- Two Days in June captures Kennedy at the high noon of his presidency in startling, granular detail.

In the tick-tock of the American presidency, we see Kennedy facing down George Wallace over the integration of the University of Alabama, talking obsessively about sex and politics at a dinner party in Georgetown, recoiling at a newspaper photograph of a burning monk in Saigon, planning a secret diplomatic mission to Indonesia, and reeling from the midnight murder of Medgar Evers.

With a face value of over $40s, this never read book is a real steal for only $3s. Please contact me if you are interested.